A Florida senior living community has made headlines for its second squirrel-on-resident attack in less than a week.

A resident at Sterling Court in Deltona, FL, was attacked by a squirrel last Monday morning, according to local reports. A staff member reportedly shot and killed the squirrel with a BB gun.

Last week’s attack follows one five days earlier in which a squirrel attacked a resident outside of Sterling Court, and managed to enter the facility and injure three to four more residents in an activity room before being tossed outside. Those residents are reportedly doing fine, an employee told the Orlando Sentinel.

It’s not clear whether the squirrel killed on Monday was the same squirrel involved in Thursday’s attack. 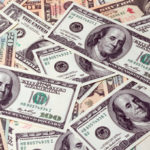 OIG to take on nursing home reimbursements, complaints in FY 2017