Proposals to move Medicaid to a block grant or per capita cap system would result in cuts to the program that could put beneficiaries and funding for providers at risk, dozens advocacy groups told lawmakers on Friday.

A group of 100 organizations including LeadingAge, the National Consumer Voice for Quality Long-Term Care and the Center for Medicare Advocacy reached out to lawmakers in a letter with concerns over “radical structural changes” to the Medicaid program that could impact providers and beneficiaries.

“Proposals to cap Medicaid funding to states, either through block grants or per capita caps, are actually cuts to Medicaid,” the letter reads. “These proposals would harm older adults and people with disabilities.”

Adding caps to Medicaid funding also could hurt dual eligibles who rely on long-term services and supports, the group said. Medicaid pays for roughly 61% of all LTSS costs, including those spent on skilled nursing services.

“Capping Medicaid funding for the over 10 million older adults and people with disabilities who qualify for Medicaid and are also enrolled in Medicare … would be particularly problematic,” the letter reads. “Doing so would create new incentives for states and providers to shift costs to Medicare and would disincentivize state investments that save Medicare money by preventing avoidable hospitalizations, nursing home stays and more.”

Noting that Medicaid “is already a lean program,” the groups added that caps may force states to cut service and eligibility, and could eliminate federal protections.

“These proposals are not focused on improving the Medicaid program, but instead put reducing federal spending over families’ needs,” the groups warned. “Therefore, we urge you to reject these structural changes to this vital safety net program.” 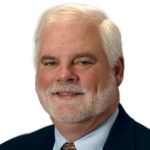