Providers who participated in the Medicare Accelerated and Advanced Payment Program for COVID-19 emergency will now have another year to pay back the loan thanks to Congress.

The Centers for Medicare & Medicaid Services announced Thursday that loan repayment for the program will now begin one year from the date that providers received their accelerated or advance payment. The move comes after federal lawmakers passed the Continuing Appropriations Act, 2021 and Other Extensions Act in late September. The legislation was later signed by President Trump and was effective Oct. 1.

The expanded program, which was announced in March, allowed providers to receive advanced Medicare payments in order to help their coronavirus response. The program — which is typically offered during natural disasters — provides emergency funding and addresses cash flow issues based on historical payments when there is disruption in claims submission and/or claims processing. Originally, providers were required to begin paying back their loans starting in August.

The agency paid a total of $106 billion in accelerated payments to more than 22,000 Medicare Part A and 28,000 Part B providers through the program.

“After that first year, Medicare will automatically recoup 25 percent of Medicare payments otherwise owed to the provider or supplier for eleven months,” CMS explained.

“At the end of the 11-month period, recoupment will increase to 50 percent for another six months. If the provider or supplier is unable to repay the total amount of the AAP during this time-period (a total of 29 months), CMS will issue letters requiring repayment of any outstanding balance, subject to an interest rate of four percent,” the agency added.

CMS also issued guidance on how providers can request an extended repayment schedule if they are experiencing financial hardships. That schedule will allow providers to create an installment plan and pay the debt over the course of three years or up to five years (if the case is extreme).

“In the throes of an unprecedented pandemic, providers and suppliers on the frontlines needed a lifeline to help keep them afloat,” CMS Administrator Seema Verma said.  “CMS’ advanced payments were loans given to providers and suppliers to avoid having to close their doors and potentially causing a disruption in service for seniors.”

A fact sheet about the program is available here, while FAQs can be found here. 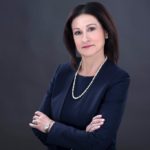