A leading long-term care provider association was among those incensed Monday afternoon after President Trump sent a tweet telling people he was leaving the hospital after being treated for COVID-19 over the weekend. “Don’t be afraid of Covid. Don’t let it dominate your life,” Trump said, in part.

The tweet set off an immediate firestorm on social media. A large proportion of commenters vilified the president for what they saw as a cavalier, disrespectful attitude coming from someone who received special care not available to others, not to mention coming amid a U.S. coronavirus death toll that accelerated past 210,000 Monday. Others, meanwhile, cheered the president’s self-described recovery and hailed it as a sign that public health emergency restrictions should be lifted.

LeadingAge, the second-largest nursing home association in the country, sits squarely in the first camp.

“The president’s comments that he has no fear of COVID are revealing. It’s insulting to the thousands of healthcare workers who have put their lives at risk every day, particularly in light of the administration’s weak response to COVID-19, said Katie Smith Sloan, LeadingAge’s president and CEO, in a statement.

“Nursing homes and aging service providers have operated for the last seven months in a constant state of fear of not having the resources and support to protect older people from a virus that kills the elderly disproportionately,” Sloan added.

Trump’s full tweet noted that he was leaving Walter Reed Medical Center at 6:30 p.m. ET and was “Feeling quite good!” After claiming that his administration developed “some really great drugs & knowledge,” he added, “I feel better than I did 20 years ago!”

Sloan reminded in her statement that more than 153,000 older adults have died due to coronavirus “and their shattered families are still grieving.”

“Mr. President, for millions of older adults and the people who care for them, not being afraid of COVID is not an option,” she added.

While the two major nursing home associations have taken largely different approaches when commenting on the federal response to the pandemic, many front line caregivers have expressed disappointment that there has not been clearer guidance from the start and more expansive support.

Sloan said the “administration’s weak response to COVID-19” has been characterized by: “No national testing strategy; No supply chain that prioritizes care providers so they can test and care for their residents; Insufficient funding for the extra staff hours needed to care for residents, to pay for  testing, personal protective equipment (PPE), and enhanced infection control — and to also keep care providers from closing down.” 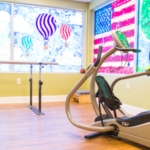