Providers in the post-acute care sector seem to be united in wanting BACPAC to take a hike.

At a congressional hearing in mid-April, long-term and post-acute-care industry advocates testified before the U.S. House Committee on Energy & Commerce’s Subcommittee on Health as to why they oppose the Bundling and Coordinating Post-Acute Care Act of 2015, which was introduced in March.

The bill, known as BACPAC, calls for a system of bundled payments in the quest to provide better efficiencies in the Medicare system while preserving quality of services for beneficiaries. At issue is language that would require private sector “coordinators” to “guide” patients after hospital discharge.

Leonard Russ, chairman of the board of governors for the American Health Care Association, testified that BACPAC would “introduce a new type of entity between the payer, patients and the provider that would create strong incentives to siphon away valuable resources that could otherwise be used in direct patient care.”

Appearing on behalf of the American Hospital Association, Samuel Hammerman, M.D., said while BACPAC has “some positive attributes,” it does not address many core elements of a bundled payment system and leaves these to the HHS Secretary to develop.

“Given BACPAC’s gaps, such as details on payments rates, a payment process, provider network requirements, a patient assessment process, and quality standards, the BACPAC bill appears to leave a great deal of policy work to CMS,” said Hammerman.

Post-acute providers also have concerns that BACPAC would “shortcut the comprehensive payment reform processes that Congress launched in 2010,” Hammerman added. 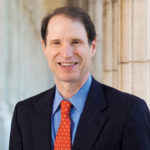