The coronavirus is battering long-term care facilities in New Jersey worse than any other state, by at least one measure. But a Legislature locked in political arm twisting is preventing much remedial action, according to local news reports.

Nearly 4,000 nursing home residents in the state have died from the pandemic, according to the Centers for Medicare & Medicaid Services, as of the week ending July 5. New Jersey leads the country in the resident average deaths per 1,000 residents. Despite these statistics, the news outlet reported that there have not been any hearings on the matter.

Several members of the Democratic caucus have balked at sitting on a committee, perceiving it as an attempt to hurt Gov. Phil Murphy (D) rather than a legitimate effort to solve problems. Proposals for legislative initiatives that could have an effect on the crisis — such as raising the minimum wage for nursing home aides — have not yet been introduced.

“I hope it’s not politics,” Sen. Joseph Pennachio (R-26) in a news report. “This is screaming for oversight right now. How do we allow 7,000 lost souls to die without answering why, why did this happen?” Pennachio asked. “Now, this shocking nightmare is being compounded by apathy.” 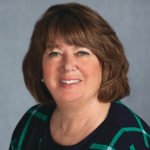