Long-term care pharmacy company PharMerica has agreed to pay about $213,000 to settle charges that it dispensed medications without prescriptions and committed other breaches of the Controlled Substances Act, federal authorities announced Wednesday.

In January, PharMerica reached a $1 million settlement over similar allegations.

Wednesday’s deal centered on a dispensing location in Vinton, VA, which was subject to a Drug Enforcement Administration investigation, according to the U.S. Attorney’s Office for the Western District of Virginia. The investigation led to civil charges involving 228 violations of the Controlled Substances Act between 2008 and 2009.

The PharMerica location dispensed controlled substances when a physician’s signature was not on a prescription, and it dispensed drugs from emergency boxes in long-term care facilities without a valid prescription in place, the prosecutors alleged.

The 228 charges represented 3% of the prescriptions filled by the Vinton facility during the investigation period, according to the U.S. Attorney’s office.

PharMerica had not responded to a phone call from McKnight’s as of press time. It denied any wrongdoing in the $1 million settlement it reached with the U.S. Attorney for the Eastern District of Virginia. 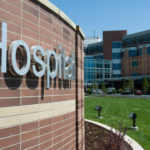