Having more hospice providers working with a nursing home doesn’t necessarily reduce end-of-life hospitalizations, according to the Journal of the American Medical Directors Association.

The study included all Medicare or Medicaid certified nursing homes with at least eight years of data and 30 beds.

Researchers studied cases of nearly three million patients who died during the study period and determined whether they had been sent to the hospital during their last 30 days of life. Investigators looked for differences between the number of hospice providers connected to a facility (from one to more than four) and took into account a facility’s rural or urban setting.

Analysts found the benefits of nursing home-hospice collaboration depended on the details of the facility relationships, especially if one hospice provider had exclusivity. Overall, the average number of hospices in a nursing home increased from 1.4 in 2000 to 3.2 in 2009. 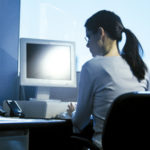