Editor’s Note: We are profiling the McKnight’s 2020 Women of Distinction honorees daily through the program’s July 28 online awards ceremony. To learn more about this digital celebration, the Forum the next day (which offers three free continuing education credits July 29) and the program in general, visit mcknightswomenofdistinction.com.

Sometimes, it takes an outsider to help an organization thrive. Such an argument could be made in the case of Rochester, NY-based St. John’s and its vice president of corporate strategy, Joanne Braeunle.

Before coming to St. John’s, Braeunle spent the first half of her career working exclusively in the for-profit sector. The mechanical engineering graduate worked 20 years at Eastman Kodak, first as a systems engineer working on space-based imaging systems and then as a business segment vice president leading a staff of 300.

In 2001, she left Kodak to begin a career as an executive management consultant, assisting not-for-profit organizations in strategic planning, project management, process improvement and general business management. The second part of her career had begun.

After serving on two different St. John’s boards, she worked as a consultant, overseeing the development of a new St. John’s property, Brickstone by St. John’s, and later oversaw the construction on the St. John’s Green Houses in nearby Penfield, NY. Following successful completion of both projects, she joined the St. John’s leadership team as vice president of corporate strategy. She is currently responsible for directing two significant renovation projects, at St. John’s Home and St. John’s Meadows, that will have a long-term impact on the sustainability of  the organization.

Beyond her talent in project management, Braeunle has made St. John’s better in other ways. Each month, she dedicates more than an hour to attend weekly Brickstone coffee chats and brings residents up-to-date on community developments. For eight years, she has worked as a volunteer co-director for Camp Aspire, a summer camp run by the American Diabetes Association.

As she transitions toward retirement, Braeunle has taken steps to pass on her valuable knowledge and expertise to staff.

“While Joanne’s ability to coordinate and prioritize have proven to be invaluable in the success of all of these projects, her impact has been far-reaching throughout St. John’s,” President and CEO Charlie Runyon said.

The McKnight’s Women of Distinction program is jointly administered by McKnight’s Senior Living and McKnight’s Long-Term Care News. The program’s Diamond sponsor is PointClickCare. Silver sponsors are OnShift and PharMerica, and the Signature sponsors are Acadia Pharmaceuticals and Enquire. 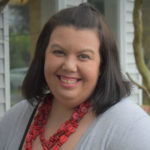