Reducing hospital admissions among long-stay nursing home residents is high on the Medicare Payment Advisory Commission’s agenda in 2017, the group said during a meeting Thursday.

Those initiatives include strategies such as medication reviews and telemedicine, as well as federal programs like the Initiative to Reduce Avoidable Hospitalizations among Nursing Facility Residents.

MedPAC plans to present its findings on rehospitalizations next month, and include a chapter on it in its June 2017 report to Congress, Cameron said.

The group also plans to tackle uniform outcomes measures to be used under a unified post-acute care payment system, a milestone that MedPAC officials said was within reach in its June 2016 report.

Those measures will become especially important if implementation of a unified payment system for post-acute care comes sooner than later, said Carol Carter, Ph.D., principal policy analyst for the group.

“If the implementation of PAC PPS is accelerated, we need to have developed uniform measures and established a baseline performance,” Carter said.

MedPAC plans to present its recommendations for uniform measures in spring 2017, along with a chapter in the upcoming June report. 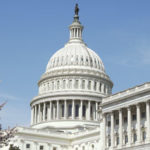