Provider groups exhaled Friday following the death of a so-called “skinny repeal” healthcare bill that could have opened the door to Medicaid funding cuts.

LeadingAge applauded the rejection of a measure meant to replace the Affordable Care Act, specifically because it “likely would have led to cutting and capping Medicaid,” the organization said in a statement.

“This would have devastated millions of older adults and their families, who rely on Medicaid for crucial long term services and supports,” LeadingAge said. “We look forward to working with Congress to protect Medicaid from future attacks and fund essential Medicaid programs.”

Cynthia K. Morton, executive vice president for the National Association for the Support of Long Term Care, told McKnight’s she agreed conferencing with the House could have led to  “a Pandora’s box full of significant reforms to Medicaid financing.”

“The action taken by the Senate late last night is the right move for our patients,” Morton said.

Mark Parkinson, president and CEO of the American Health Care Association/National Center for Assisted Living, echoed the other groups’ sentiments about the bill’s Medicaid risks.

“We are grateful for our members who tirelessly defended our residents against the threats to Medicaid,” he said in a statement. “We appreciate and thank the Members of Congress who heard their voices and voted to protect Medicaid. We will continue to encourage Congress to support and fund quality care for our nation’s most vulnerable citizens.”

The AARP also said the bill would have caused millions of people to lose their health coverage, increased costs and destabilized the insurance market.

“We thank Senators Collins, McCain, and Murkowski, as well as Senate Democrats and Independents, who heard the voices of all those who called, emailed, rallied and wrote to object to this seriously flawed bill,” said AARP Executive Vice President Nancy LeaMond in a statement.

Senate Majority Leader Mitch McConnell (R-KY) said, “this is clearly a disappointing moment,” while adding “it’s time to move on.”

Department of Health and Human Services Secretary Tom Price, M.D., said the Trump administration will emphasize regulatory changes to pursue its healthcare goals. “This effort (to repeal and replace Obamacare) will continue,” he promised following the vote. 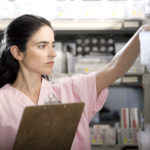