The nation’s largest hospital organization has agreed to a $98 million settlement to resolve charges that it overbilled by admitting individuals as inpatients rather than keeping them under observation, the Department of Justice announced Monday.

The settlement is yet another development in an ongoing controversy related to hospital admitting practices. Nursing homes and other post-acute providers are concerned about a surge in hospital observation stays, because these do not count toward the hospital inpatient stay requirement to activate Medicare coverage of follow-up care. Hospitals argue that they utilize observation status in part because authorities aggressively dispute hospitals’ decisions to admit people as inpatients.

Tennessee-based Community Health Systems Inc., the company involved in the settlement, allegedly engaged in a systematic scheme to unnecessarily admit Medicare, Medicaid and TRICARE beneficiaries as inpatients, to juice profits. The government and whistleblowers claimed that CHS submitted these types of false claims between 2005 and 2010.

CHS did not admit any wrongdoing under the settlement terms, and Chief Executive Officer Wayne T. Smith mentioned the ongoing debate around admissions in a prepared statement.

“Our organization is dedicated to high ethical standards as we strive to operate in a complex and ever changing regulatory environment,” he stated. “Unfortunately, shifting and often ambiguous standards make it extremely difficult for physicians and hospitals to consistently comply with the regulations … Because this is an industry-wide issue, we hope the government will work to devise sound and reasonable rules for the important decision about whether to admit an individual for inpatient care.”

In addition to the monetary settlement, CHS will retain independent organizations to review its decisions to admit government health plan beneficiaries as inpatients, federal authorities stated.

Community Health Systems has 206 affiliated hospitals in 29 states, making it the largest acute-care hospital operator in the United States, according to the DOJ. 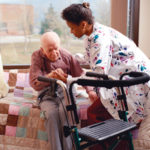