The owner of a Texas hospice company who allegedly encouraged employees to overdose patients for monetary gain is among 16 individuals charged for their alleged roles in a $60 million Medicare fraud scheme.

The indictment against Bradley Harris was returned by a grand jury last week and unsealed on Tuesday, according to the U.S. Attorney’s Office for the Northern District of Texas. The indictment claims Harris, along with his wife Amy Harris and 14 others, billed Medicare and Medicaid for fraudulent hospice services through their companies Novus Health Services and Optim Health Services.

Physicians employed by Novus reportedly “provided little to no oversight” of patients, with the majority of medical decisions being made by Harris or nursing staff. Physicians and assisted living facilities were also paid by Novus for patient referrals, authorities said. Five physicians who worked as medical directors for the company were included in the indictment, according to local reports.

“These decisions on medical care were often driven by financial interest rather than patient need,” authorities said. “The defendants would decide whether to place, keep or discharge a beneficiary from hospice depending on how that decision would affect Novus’ ability to bill Medicare.”

The indictment also alleges that Harris directed patients to be put on continuous care whether they needed it or not, and uploaded falsified physician orders for continuous care into the company’s records database. Patients placed on continuous care often were given high doses of medications such as morphine and hydromorphone, regardless of whether they required it. In some cases the excessive dosages led to injury or death.

“One reason for this aggressive medicating practice was that Harris wanted to ensure that the beneficiaries’ medical records contained documentation that would justify billing Medicare at the higher continuous care billing rate,” the attorney’s announcement read.

It was alleged aggressive medicating that landed Harris in hot water last year, when an affidavit was released that accused him of encouraging overdoses to expedite patients’ deaths to avoid the federal reimbursement cap for hospice stays.

A message requesting comment from Novus was not returned by production deadline on Wednesday.

“That tens of millions of dollars were stolen through fraud is shocking enough,” said U.S. Attorney John Parker. “That these defendants used human life at its most vulnerable stage as the grist for this scheme displays a shocking level of depravity that this community simply cannot tolerate.” 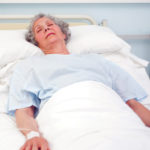