Joyce Ziehli, 55, of Belleville, worked at the New Glarus Home in New Glarus, WI, for 31 years, until she was fired under suspicion of embezzlement in January 2013. She was able to steal at least $850,000 from the not-for-profit facility over the course of a decade, thanks to a highly complex scheme, New Glarus Police Chief Burt Boldebuck told the Wisconsin State Journal.

The alleged scheme involved money sent to the nursing home by insurance companies, to cover a percentage of residents’ bills. Ziehli entered lower percentages into the books than the insurance companies actually paid, then took the difference, the charges state. She used three different methods to access the funds, including electronic credit card transfers, checks written out to herself, and checks written out to cash, according to lead investigator Jeff Sturdevant, a sergeant with the New Glarus police.

The nursing home did not return a call to McKnight’s for comment by press time.

Two accounting firms conducted annual audits of the facility’s books but did not detect the missing funds, New Glarus Home Administrator Rick Colby told the State Journal. A second bookkeeper first spotted abnormalities when the facility switched to new accounting software, and Ziehli was subsequently fired and a forensic accountant brought in to investigate.

This accountant, who has worked with the FBI, said the scheme was among the most sophisticated he had ever encountered, according to Colby. His ultimate report ran to 880 pages.

Ziehli and her husband published a free country-and-bluegrass music magazine called Americana Gazette, and Sturdevant believes she used stolen funds to travel to Nashville and other destinations to interview musicians. Her husband has not been charged.

It appears no resident funds were compromised, authorities said. However, Ziehli may have been stealing for a longer period of time than the 10 years that records allowed them to investigate, they noted.

Ziehli was charged Tuesday and is scheduled to appear in court for the first time on Jan. 13. 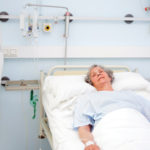