People who are vaccinated against the seasonal influenza are 24% less likely to suffer a stroke during that flu season, according to recently published research out of the United Kingdom.

Investigators from the University of Lincoln and the University of Nottingham looked at medical records of more than 47,000 patients for the years 2001 through 2009. Cases of stroke were compared against “control” patients, using an analytical method that adjusted for risk factors such as age.

The “highly significant association” between reduced stroke risk and vaccination was strongest among those who received the shot early in the flu season, the researchers found. They did not discover any link between flu vaccination and reduced risk for transient ischemic attacks, or “mini-strokes.”

The analysis was not designed to explain why vaccination is connected to stroke risk, and further investigation is needed, the authors wrote. 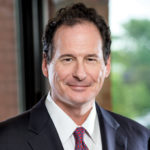