The Department of Health and Human Services is sending nursing homes 750,000 COVID-19 point-of-care tests that can be administered quicker and simpler than other options already in play.

They will begin to be sent next week, said HHS Assistant Secretary for Health Admiral Brett Giroir on a conference call with nursing home stakeholders Tuesday evening. The Abbott BinaxNOW COVID-19 Ag Card tests are in addition to previously announced shipments of devices and test materials, Giroir explained. They use a nasal swab placed on testing material that will detect the coronavirus and do not require a separate reader. Giroir said that the tests are “very sensitive for people in first seven days of illness.”

Nursing homes will be supplied through an initial purchase of 150 million tests, which should last “somewhere through mid-November of mid-December,” he added. Initial distribution will head to facilities in counties coded red or yellow by the Centers for Medicare & Medicaid Services, which means they need the most frequent staff testing under new rules.

“It’s not an indefinite commitment,” Giroir said, adding that nursing homes could purchase extra tests for $5 or $6 each. “We do intend to do this weekly for at least the next couple of months.”

Giroir acknowledged several times that “there will be a couple of weeks of instability” in the market as the free market structure takes over again. The federal government instituted the Defense Production Act to ramp up production and has purchased all capacity for some testing devices, he explained. But even as manufacturing capacity will increase, other buyers will start competing for supplies, he acknowledged.

The newly announced Abbott test distribution is in addition to previously announced point-of-care devices from Quidel and Becton Dickinson. Girior said another 500 of those devices will be sent to nursing homes this week, bringing the total closer to 14,000.

He said that those individual tests take about 15 minutes each but can be “daisy-chained” so that providers hoping to test dozens or even hundreds of individuals do not have to wait a separate quarter-hour for each. He added that facilities also could used some of their funding under the billions of dollars of federal relief aid being provided to purchase more devices which cost “a couple of hundred dollars” each.

In addition, he reminded one caller that if a resident is diagnosed with COVID-19, certain Medicare payments will kick in, relieving the provider of certain costs moving forward.

Giroir also said on the phone call with stakeholders that he will be speaking soon with the presidents of Becton Dickinson and six distributors of testing supplies to discuss supply chain issues.

“We were made aware of significant mark-ups (of supplies) today, so we’re in the process of looking for some alternatives,” he said in response to a caller’s inquiry about how to find supplies.

“Business is important,” he added, in reference to sellers setting prices, “but we would certainly like that to be less expensive. We’re just going to explore our options. I have a meeting call with the president of BD and the six distributors within the next 48 hours, so stay tuned on that.”

This is a developing story. Please check back for updates. 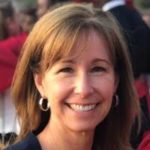