Medicare’s dementia claim measures appear to have become more sensitive in recent years, better agreeing with hospital-based measures overall and for certain populations than in the past, according to a new study.

Almost 1.3 million nursing home residents with MDS-defined dementia experienced more than 2.2 million hospitalizations between 2012 and 2017. When the MDS noted dementia in 2012, 77% of hospitalizations had dementia documented on the Medicare claim. By 2017, this agreement had increased to 86%, reported senior author Joan M. Teno, M.D., of the Oregon Health and Science University, in Portland.

Previous research has shown that Medicare’s dementia claim measures, based on International Classification of Disease, lacked sensitivity, especially for men, younger adults and racial/ethnic minorities, the researchers said. That had begun to change in the early 2000s, but until the current study, no new research on the topic had been conducted since 2012, they noted.

The increase in hospital claims accuracy may be a sign of improved recognition of dementia among clinicians in this setting, Teno and colleagues speculated.

“The remaining lack of documentation may be caused by physicians attributing cognitive problems to ‘normal aging’ or prioritizing the documentation of physical ailments,” they wrote.

Overall gaps across age and race groups appear to have narrowed over time, although they do persist — and warrant further attention, they added. The fact that hospital claims of patients aged 66 to 75 years were less likely to be accurate than other age groups is consistent with the findings of previous studies, for example. This may be because physicians do not always look for signs of dementia in relatively younger adults, the researchers suggested. The disparity in documented dementia in Asian patients, meanwhile, may be related to language barriers between patients and clinicians, they added.

“Older adults with dementia have medical needs that differ from individuals without dementia and require targeted care,” the investigators wrote. “Improved screening efforts may improve documentation of dementia diagnosis during a hospital stay and potentially improve medical decision‐making,” they concluded. 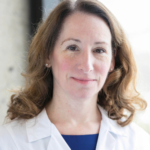