The researchers analyzed three worker strategies linked to declining conditions in the workplace. These included resistance, which can mean increased absenteeism or refusing to work without added compensatory pay; innovation, which involves communicating concerns to management and creating new protocols to suit the new reality; and improvisation, where frustrated employees remain at work out of a sense of duty and “make do” with their situation.

“We wanted to see how the pandemic affected the discretion of frontline workers,” said  Daniel Dickson, a Ph.D. candidate from Concordia University, Montreal. “Their professional knowledge, their experience and their abilities make them really valuable assets” even though they often experience low levels of pay, status, and likelihood of advancement, he said.

In cases where the policy responses fail to mitigate the sacrifices made by frontline workers, “we expect to see them engage in forms of resistance, or if they feel a sense of loyalty to their job they will engage in improvisation,” he and the authors wrote.

Dickson and colleagues expected to find more resistance in the American states than in the Canadian provinces due to differences in systemic support. Instead, they found varying levels of all three coping methods in every jurisdiction, said Patrik Marier, Ph.D., also of Concordia.

Innovation was noted in the United States, for example, when staff members stepped in for family who were unable to visit dying loved ones, and in British Columbia, where staff members adopted Zoom meetings for virtual patient visits and “doorway bingo.”

Resistance was widespread in Quebec, on the other hand, with absenteeism especially high in Montreal, possibly due to long-term care facilities being hit early and hard with infections, the researchers reported. But this region also had a strong orientation toward improvisation, likely due to the “meager resources” provided to nursing homes and “a chaotic response from government,” the authors wrote.

“We talk about how great Canada’s healthcare system is vis-à-vis that of the United States, especially in terms of universal accessibility, but we are not that different when it comes to long-term care,” Marier said.

The ongoing crisis also seemed to provide a unique platform to denounce poor working conditions and marginalized long-term care worker status, the authors said. In some cases, such as in Quebec, there were policy commitments to improve conditions, mainly pay.

“However, it is important to note that similar initiatives failed to gather sufficient support in both U.S. cases during the pandemic and are far less likely to improve than in Canada,” they concluded.

The study was published in the Journal of Comparative Policy Analysis: Research and Practice. 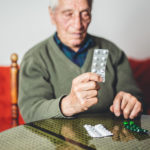 Residents may be more open to deprescribing when suggested by physician