Finding a way to conduct nearly 18,000 baseline COVID-19 tests among residents and staff members early in the pandemic helped one senior living giant “seal out” outbreaks and show that its communities were safe places to reside, according to its leader.

Atria Senior Living operates 200 communities throughout the United States and Canada. Twenty-two of those are in a 25-mile radius of what was initially considered COVID “ground zero,” where cases were rampant — namely, Times Square in New York City.

The company, with 31,000 employees and residents, “switched from defense to offense early in the pandemic,” John Moore, CEO, told the McKnight’s Clinical Daily. It found a “go anywhere” testing program via Mayo Clinic Laboratories and began testing and requiring COVID-19-positive staff to quarantine before states and provinces mandated it, he said.

By May 10, 2020, all frontline staff had been tested, and those with positive results were advised to stay home. Mayo Clinic Laboratories had an information technology solution that Atria used to place test orders and receive results. A courier transported specimens to the labs. Average response time was around two days from the initial test swab to entering results in the company’s tracking system, according to Moore.

The CEO said that his company’s willingness to surveillance-test non-symptomatic staff, including those with neither symptoms nor known direct contact with COVID-19-positive individuals, encouraged the high level of support it got from its laboratory partner.

“Our initial ask of them was roughly 18,000 tests. As state mandates grew and we found ways to use testing to protect residents and staff, they expanded their support to the point that, by December, we processed some 50,000 tests across our portfolio in that month alone.”

When COVID-19 cases later began to spike outside the Louisville, KY-based company’s Northeast communities, it was able to use “lessons learned” and increased surveillance testing and protocol re-escalation in the South and West to seal off these communities as well.

The company also has acted as its own COVID data analysis resource, recording and reviewing each case of COVID-19 and analyzing disease movement and publishing updates. This has “consistently kept us in position to react to outbreaks,” Moore told McKnight’s.

“We learned early how it’s easier to keep our residents and staff safe when we can see the virus — so to speak — via testing,” he concluded.

The company so far has conducted more than 300,000 COVID-19 tests across its communities. 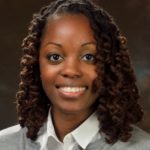