Anemia is extremely common in adults who are hospitalized for critical illness, and persistent for at least a year following discharge, a new study finds.

Researchers examined the records of 6,900 adults hospitalized with severe illness in Minnesota between 2010 and 2016. They found that 41% had anemia before hospitalization, and among those who did not, 74% developed incident anemia during their stay. At discharge, anemia prevalence was 80% overall, reported lead author Matthew A. Warner, M.D., of the Mayo Clinic, Rochester, MN.

What’s more, at 12 months after discharge, nearly half of critical illness survivors whose hemoglobin concentration data was available remained anemic (low hemoglobin levels indicate anemia). This group included more than one quarter of survivors without pre-hospitalization anemia. Meanwhile, higher hospital discharge hemoglobin concentrations were associated with a lower risk of death, according to Warner and colleagues.

The study results may have important implications for clinical outcomes following discharge from intensive care, the authors wrote.

“With a growing awareness of functional limitations in critical illness survivors, the potential associations between persistent anemia and functional recovery in this high-risk group should be considered,” they concluded.

The study was published in JAMA Network Open. 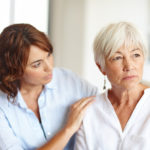