A large study from Canada has found disparities in palliative care referral between people with dementia or organ failure and people with cancer.

Investigators analyzed healthcare data from more than 145,000 participants, including nursing home residents and adults in a variety of other settings. The palliative care experience was quite different between patients with terminal noncancer illness and cancer, they found.

Palliative care was initiated earlier and in the hospital or clinic setting in cancer patients. These patients also were younger, with fewer comorbidities, and had lower prior healthcare use when compared with the noncancer cohort. They also were more likely to receive care from end-of-life specialists across multiple locations, and from both general practitioners and physicians with subspecialty training.

Although the researchers said that their findings about timing should be interpreted with caution, they believed it noteworthy that more patients with chronic organ failure and dementia had palliative care initiated 30 days or less before death than did cancer patients.

“This late initiation of palliative care in a population of patients with high medical complexity may limit sufficient time to build a trusting relationship with their palliative care practitioners and clarify their goals of care and preferences for location of death,” wrote lead author Peter Tanuseputro, M.D., MHSc.

The analysis also showed that more patients with terminal noncancer illness died in the hospital — despite having had palliative care initiated at home. This “raises interesting questions that require further exploration because home palliative care is strongly associated with a home death,” the authors said.

These differences in care have important implications for palliative care programs, Tanuseputro and colleagues said. There is a need for enhanced practitioner education and training, and improvements in equitable access to care across all settings, they concluded.

Cognitive data missing in EHR for most dementia patients  Only 11% of people with dementia and 24% of Alzheimer’s disease patients have cognitive measures documented in the five years before receiving their diagnosis, according to a study published Wednesday in Alzheimer’s & Dementia. Lack of recorded cognitive data was linked to Black race, older age, noncommercial health insurance, lower mean neighborhood income, greater inpatient stays, and fewer outpatient visits, reported researchers from Biogen and the University of Miami. Extensive missing cognitive data may hinder patient care and the quality of research, the authors said.

New York tops states in dementia care spending for 5th straight year, new report reveals  New York leads the nation on dementia-related Medicare spending, to the tune of more than $5 billion in 2020, according to a report on the 2021 Alzheimer’s Disease Facts and Figures from the Rome Sentinel, Syracuse NY. It’s New York’s fifth consecutive year in this spot, and state costs are projected to increase almost 16% by 2025, the news outlet reported. “The new Facts and Figures report shows that Alzheimer’s disease and other dementias continue to be a significant burden for too many New Yorkers,” Catherine James, CEO of the Alzheimer’s Association, Central New York Chapter, told the Sentinel. 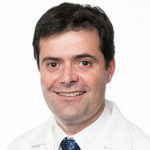