A repeat bone density test is not needed to predict an older woman’s risk of fracture, osteoporosis researchers say.

Investigators tracked the health of more than 7,000 postmenopausal women aged 50 to 79 years for 12 years. Each participant underwent a bone density test at the study’s start and again three years later. Any major fractures that occurred during the study period were then self-reported to the researchers.

About 2% of the participants experienced a hip fracture, and nearly 10% developed an osteoporotic fracture.

The first bone scan predicted the fractures, and much better than the follow-up tests, said lead author Carolyn Crandall, M.D., from the University of California, Los Angeles. In fact, a second bone scan did not help distinguish between women who did and did not experience hip fractures or major osteoporotic fractures. What’s more, the findings held true when race, ethnicity and age were factored in, Crandall and colleagues wrote.

Repeat bone density tests should not be part of a routine exam in postmenopausal women, the authors concluded.

The study was published Monday in JAMA Internal Medicine. 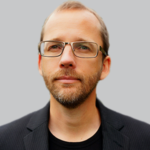