A recent study of urine culturing in 600 Ontario nursing homes found that residents’ health characteristics are not the driver of antibiotic overuse. Rather, it’s unstewarded overscreening and overprescribing that are likely to blame.

The researchers, from Canadian public health and research institutions, focused on the high rate of variation in antibiotic use from nursing home to nursing home, zeroing in on urine culturing rates, a flashpoint issue in the long-term care industry related to urinary tract infections.

Their study measured the proportion of about 130,000 nursing home residents who had a urine culture in the prior 14 days and found that high urine culturing rates were tied not only to significantly increased antibiotic use, but also to Clostridiodes difficile infection, allergic reactions and 30-day mortality, wrote lead author Kevin Antoine Brown, Ph.D., of Public Health Ontario.

McKnight’s has reported that 30% to 50% of nursing home residents have asymptomatic bacteria (the presence of bacteria in the urine without the symptoms of an infection), and the Infectious Diseases Society of America in March released guidelines against screening for or treating those cases. Co-author of the guidelines Lindsay E. Nicolle, M.D., told McKnight’s that clinicians should “think critically” before prescribing antibiotics.

But the need for urine screening is nuanced. A study from Oregon State University recently found that UTIs are nearly three times as likely to begin after patients leave the hospital, and its authors recommended more monitoring after hospital discharge. 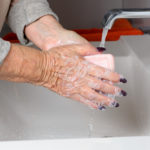 Chemical found in many consumer products is tied to osteoporosis