New weekly COVID-19 cases among nursing home residents nearly quadrupled from the end of May through late October in 20 states where hospitalizations are surging, an analysis of federal data finds.

Case numbers increased from 1,083 to 4,274, and resident deaths more than doubled, from 318 a week to 699, according to the Associated Press, which commissioned the study. What’s more, these states saw weekly cases among staff members more than quadruple, from 855 to 4,050 — a likely contributor to the infection rates and a scenario that could complicate care routines as some workers head into quarantine.

The AP also reported the following:

The Centers for Medicare & Medicaid Services, meanwhile, responded to the report by saying that “the pandemic’s effect on nursing homes is complex and multifactorial.” The agency is focused on getting vaccines quickly to facilities to help stem the problem, it said.

CMS also noted that nursing homes are not always following infection control protocol, Alonso-Zaldivar wrote. But studies have demonstrated that nursing home infections are not linked to quality ratings. Instead, cases are concentrated wherever COVID-19 is present in the larger community, Konetzka and other long-term care researchers have found.

Mandated mitigation measures may be necessary to keep infections in the community from traveling into long-term care facilities, one beleaguered senior living community operator in Enid, Oklahoma, told The AP. His city has an infection rate of about 18% and has refused to implement mask mandates.

“I don’t want the government involved, but evidence has shown we are not going to do this voluntarily,” said Steven Walkingstick, CEO of The Commons. The U.S. seems to be better able to save COVID-19 patients’ lives, but not at keeping the virus out of nursing homes, he told Alonso-Zaldivar. 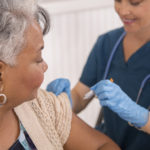