Cough and fever dominate the list of COVID-19 symptoms, but initial signs may be mild or nonexistent, according to revealing new data from the disease’s epicenter.

In fact, investigators found that a lack of initial fever is more common in COVID-19 than it was in the SARS and MERS coronavirus outbreaks, potentially complicating diagnoses, Guan said. Patients with no fever “may be missed if the surveillance case definition focuses on fever detection,” he cautioned.

Most study subjects eventually did develop a fever, with the number rising from 44% on admission to 89% during hospitalization. In addition, 83% had low white blood cell counts, and 68% presented with a cough, Guan and colleagues found. Symptoms showed up a median time of four days after virus exposure.

These findings mirror the symptom list provided by the Centers of Disease Control and Prevention.

The study appears in the New England Journal of Medicine. 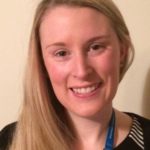