An updated review confirms that adherence to the much-studied Mediterranean diet offers some protection against cognitive decline, though not dementia, investigators say.

Qualifying studies showed that the diet is associated with improved overall cognition. But research results are mixed for mild cognitive impairment and Alzheimer’s disease, reported Stefania Maggi, M.D., Ph.D., of Italy’s National Research Council, Neuroscience Institute–Aging Branch. In addition, “there was no evidence that it has a beneficial effect on dementia,” Maggi and colleagues wrote.

The diverse measures and methods used by researchers who study the diet make it difficult to make broad conclusions, but the current evidence is enough to underscore that the Mediterranean diet can be considered “part of a multifactorial approach to improve late-life cognitive function,” the researchers concluded.

The traditional Mediterranean diet includes large amounts of fresh fruits, vegetables, beans and grains, as well as olive oil and nuts. Dairy products, eggs, fish and poultry are eaten in low to moderate amounts, according to the American Heart Association.

A study published last year in Nutritional Neuroscience found that U.S. seniors who eat more of the foods found in a Mediterranean diet are less likely to show symptoms of cognitive decline.

The current study was published in JAMDA. 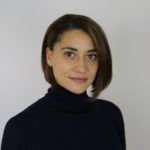