Long-term care pharmacies now have an official seat at the table in the federal government’s Operation Warp Speed campaign and are seeking a leading role in ensuring rapid distribution of future COVID-19 vaccines to eldercare facilities, the American Society of Consultant Pharmacists announced Wednesday.

T.J. Griffin, RPh, senior vice president of PharMerica’s LTC Pharmacy, last week was selected to serve as a representative of ASCP “and all of LTC pharmacy” on a committee charged with implementing the White House’s COVID-19 vaccine acceleration program, reported Chad Worz, PharmD, CEO of ASCP.

Griffin is encouraging the use of existing contractual relationships to help prioritize getting doses to nursing homes and assisted living communities, Worz reported.

With a goal of delivering a vaccine sometime between Nov. 1 and the end of January — possibly via emergency use authorization — federal health officials have pre-purchased 400 million doses of four promising vaccine candidates. The committee is strategizing how to deploy doses at logistical sites around the country for rapid distribution to the pharmacies immediately after a vaccine is cleared for use.

The hand-in-glove relationship consultant pharmacies have with about almost all of the nation’s 15,400 nursing homes and an estimated 84% of assisted living operators could make them shoe-in candidates for getting a drug distributed and in use within days of approval, Worz said. Federal agencies also may be able to work with providers such as CVS Health and its long-term care pharmacy, Omnicare, to fill in any remaining coverage gaps, he added.

“We have an existing, very safe … efficient and easy drug supply chain. If there were a landmark drug that was approved and released, our big distributors would get it to pharmacies, who would in turn get it to patients. Long-term care is in a unique position [in that way],” Worz said.

At this point, it appears that skilled nursing facilities, assisted living communities and individuals employed and contracted by these operators will be “priority Phase 1 recipients” of the vaccine or vaccines, Worz added.

“We’re happy to have someone on the committee to help ensure that these [residents] are protected,” he said.

Operation Warp Speed implementation committee members have reacted favorably so far to the idea of partnering with LTC pharmacies to acquire, deliver and coordinate administration and reporting on the vaccine in skilled nursing facilities, Worz reported. They also indicated that they may be open to doing the same with assisted living in cases where a contracted LTC pharmacy relationship exists, he said.

PharMerica’s Griffin will be hosting a weekly call beginning Thursday, Aug. 27, at 4 p.m., to keep pharmacists up to date on the committee’s decisions. To join in, pharmacies can email Worz at cworz@ascp.com with contact information and the number of skilled nursing facilities and assisted living communities (buildings) they service. 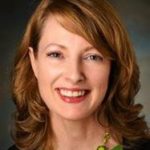