Healthcare workers, first responders and the elderly were granted top priority status as new coronavirus testing sites were slated to open this week. The rankings are part of a larger effort to expand nationwide access and ease pressure on the healthcare system, federal health officials announced on Sunday.

Thousands of people will gain access to drive-through testing sites in the coming days, beginning in states hardest hit by the virus, said Adm. Brett P. Giroir, M.D., the new assistant secretary of health for the Department of Health and Human Services. The sites will be supported by up to 2,000 high-capacity private diagnostic laboratories that were given special clearance to process tests, “a game-changer,” in national coronavirus test strategy, Giroir said. Public health officers were to begin heading for some states on Monday to help do the testing. Other states may need only equipment and logistical support.

Healthcare workers and first responders will have priority access to the new, fast-tracked testing, authorities said. This will allow them to do necessary work while also preventing the spread of undetected illness among those they care for – such as long-term care residents, said Giroir.

Next in line are people age 65 and older who have respiratory symptoms and/or a fever above 99.6 degrees Fahrenheit.

The U.S. House of Representatives on Saturday passed a bipartisan emergency relief package that would allow free COVID-19 testing for all. The Senate is expected to vote on the bill this week.

“We’re going to continue to work very diligently … to expand testing around the country and access to this extraordinary and unprecedented national public-private partnership for diagnostic testing,” said Vice President Mike Pence in the Sunday press briefing. 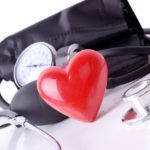