The experimental Alzheimer’s drug aducanumab is not ready for federal approval, advisers to the Food and Drug Administration say in a new JAMA editorial.

A bid for approval by drugmaker Biogen in July 2020 boosted hopes that the first drug to treat dementia since 2003 soon could be on its way to the marketplace. But clinical trial results did not convince the independent experts who advise the agency on drug decisions. In November, they voted 8 to 1 against approving the drug , and their new editorial reaffirms the opinion of at least three of the voters.

The FDA is not bound to follow the committee’s vote, however, and in an unusual move, it has pushed its decision on the drug back for months. The advisers’ editorial precedes a June decision date set by the agency.

Aducanumab has been shown to remove beta amyloid — a hallmark of Alzheimer’s — from the brain. But the drug has had a spotty clinical trial record, with studies halted in 2019. The FDA advisers said they are not swayed by Biogen’s re-analysis of the trial results, the basis of the application for approval.

Others counter that the trial findings are strong enough to win authorization for aducanumab, FierceBiotech reported on Thursday. “The argument rests on the premise that the benefits of aducanumab, however uncertain they may be, outweigh the risks,” wrote the news outlet’s Nick Paul Taylor. The advisers also expressed concerns about the agency’s close collaboration with Biogen, Taylor added.

“This undertaking reflected an unusual degree of collaboration between the FDA and manufacturer of aducanumab, and the arrangement has been criticized as having potentially compromised the FDA’s objectivity,” the advisers explained in the editorial.

“There is no persuasive evidence to support approval of aducanumab at this time,” they concluded. 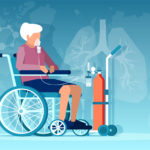