Alzheimer’s brain changes may be the culprit when an older person with no known cognitive decline has a fall, according to a new study. These falls tend to occur about five years before memory loss and confusion arise, the researchers say.

Investigators followed 83 participants aged more than 65 years whose cognition was judged to be normal by a neurologist at the study’s start. Participants reported any subsequent falls and underwent brain scans to look for amyloid plaques, signs of atrophy and impaired connectivity.

The presence of amyloid in the brain alone did not raise the risk of falling, but neurodegeneration did, according to co-senior author Susan Stark, Ph.D.

Participants who fell had smaller hippocampi. These brain regions are involved with memory and shrink while Alzheimer’s progresses. What’s more, networks in the brain that control movement also had signs of decay. In addition, falls that were linked most closely to the presence of amyloid and loss of brain connectivity occurred in later stages of preclinical Alzheimer’s dementia.

The findings suggest that older people who have experienced falls should be screened for Alzheimer’s, the authors wrote.

“If you lose strength and balance, the recommended treatment is to work on strength and balance. But if someone is falling for another reason, maybe because his or her brain has begun accumulating Alzheimer’s-related damage, that person might need a different treatment entirely,” Stark said.

In the meantime, the environment can be made safer for people at this stage of disease, she added. This includes typical adjustments such as making sure bath tubs aren’t slippery and that toilets allow ease of standing and sitting. Seniors at risk of falling also benefit from balance and strength training and a prescriptions review, she said.

“Until we have specific fall-prevention treatments for people with preclinical Alzheimer’s, there are still plenty of things we can do to make people safer,” Stark concluded.

The study was published in the Journal of Alzheimer’s Diseases. 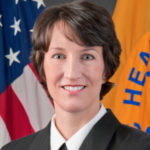