Nursing homes that administered shots early in the COVID-19 vaccine rollout experienced a lower rate of new infections than they would have had they started later, according to a study of 280 Genesis facilities.

At one week after their first vaccine clinics, facilities with earlier clinics had 2.5 fewer new SARS‐CoV‐2 infections per 100 at‐risk residents than expected based on the incidence in matched facilities with later clinics. Over seven weeks, that number rose to 5.2 fewer infections per 100 at‐risk residents and five fewer hospitalizations and/or deaths per 100 infected residents than expected without vaccinations, the authors reported.

“The incidence of new SARS‐CoV‐2 infections was significantly lower than would have been the case had the vaccinations occurred later,” wrote corresponding author Vincent Mor, Ph.D., of the Brown University School of Public Health, and colleagues. “A similar pattern, although delayed by over a month, was observed for the composite outcome of hospitalization or death among residents with confirmed infection.”

The findings suggest that the vaccination of nursing home residents has contributed meaningfully to a substantial reduction in incident COVID-19 cases, Mor and colleagues wrote. The results also underscore the efficacy of the drugs among nursing home residents who often do not respond well to vaccines due to underlying disease, immunosuppression from medications, and an aging immune system, the authors added.

“Hopefully, this will make it possible for nursing homes to begin controlled efforts to open up to family visitation and alleviate other restrictions, thus reversing the social isolation which has become virtually universal during the pandemic,” they said.

In an earlier study, Mor and colleagues also found evidence that nursing homes had pre-vaccination success in lowering mortality rates following implementation of virus mitigation methods. In that investigation, facility mortality rates due to the virus declined significantly between the spring 2020 U.S. pandemic lockdowns and November — well before a vaccine was approved to treat the disease, the McKnight’s Clinical Daily reported. 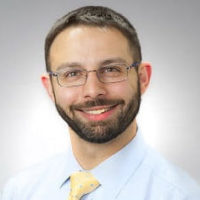