An “alarming” July spike in COVID-19 cases among nursing home residents coincides with rising rates in surrounding communities, according to a report by the American Health Care Association. Related deaths have risen more slowly.

Data from the Centers for Medicare & Medicaid Services shows cases in eldercare facilities dropping from more than 9,000 on May 31 to about 5,500 in late June, AHCA reports. By early July, cases had begun climbing again as total U.S. rates rose. At last count, nursing home residents had infections at nearly the same rate as in late May.

The numbers are not surprising in light of studies showing that the COVID-19 incidence in a surrounding community likely is the top contributing factor in transmission to residents. “No care facility, no matter how excellent, can keep COVID-19 away if it’s widespread in the areas where staff members live and work,” long-term care policy expert David Grabowski, Ph.D., of Harvard Medical School, told the Washington Post in June.

“With the recent major spikes of COVID cases in many states across the country, we were very concerned this trend would lead to an increase in cases in nursing homes and unfortunately it has,” AHCA President and CEO Mark Parkinson said in response to the uptick.

Meanwhile, COVID-19-related nursing home deaths have risen slightly after a significant decline in June. The percentage of resident deaths attributed to the disease had dropped from 34% on May 31 to 18% in mid-June. But by July 19, it had risen to 20%.

An AHCA state-by-state breakdown also shows that 33 states now have a positive COVID-19 test rate of higher than 5% — an infection level that threatens the health of residents, Parkinson said. The organization and other industry advocates continue to urge Congress to invest more in the Department of Health and Human Services’ Provider Relief Fund. A “sizable amount” of this fund should be dedicated to testing, personal protective equipment and staff support in nursing homes, they argue.

“Without adequate funding and resources, the U.S. will end up repeating the same mistakes from several months ago,” Parkinson said. 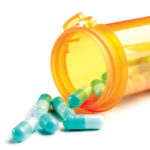