High county case rates and larger facility size are tied to COVID-19 outbreaks in skilled nursing facilities, according to a study from a leading operator.

Investigators from Genesis HealthCare, Brown University and Florida Atlantic University reviewed county, state and facility data from late April and early May. The study sample included 341 Genesis skilled nursing facilities in 25 states, along with more than 3,000 non-Genesis operators. Among Genesis facilities, 64 had implemented universal testing of all residents.

Researchers analyzed facility outbreaks, and (in the Genesis facilities only) the number of confirmed cases, fatalities and the effect of universal testing on case counts.

They found that higher facility bed count and COVID-19 prevalence in the surrounding county were the “most significant and consistent” predictors of large outbreaks and mortality rates among residents. In contrast, there was no consistent link between the likelihood of an outbreak and an operation’s Five-Star Quality Rating or infection control citations.

The results confirm the need for diagnostic testing access in high-risk areas, the investigators said. Federal resources should be allocated to locations where testing capacity remains limited, they added.

Full findings were published Monday in the Journal of the American Geriatrics Society.

Similar results have been found in studies conducted by Harvard University and the University of Chicago. 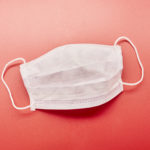