Some common medications may interact with alcohol, making seniors more vulnerable to falls, according to a new study from the Royal College of Surgeons in Ireland.

The researchers surveyed more than 1,400 adults aged 65 and older about their alcohol and medication use. Self-reported falls were then recorded at two and four years. People who drank and used medicines known to cause sedation or drowsiness were 50% more likely to fall and 62% more likely to have had an injurious fall at four years, the researchers told Reuters.

The implicated medications are those that act on the central nervous system, wrote corresponding author Gráinne Cousins, Ph.D., and colleagues in the journal Age and Aging. These may include blood pressure treatments, anticonvulsants, antiparkinson agents, stimulants, muscle relaxants, pain relievers, and sedatives.

Due to age-related changes in the way the body processes alcohol and medications, older adults are vulnerable to alcohol-related harms even at low levels of consumption, the authors cautioned. And susceptibility rises with exposure to multiple medications, they wrote.

“Our findings suggest that clinicians should also consider a patient’s level of alcohol consumption, particularly when prescribing central nervous system agents hypothesized to increase the risk of sedation when combined with alcohol,” the authors concluded. 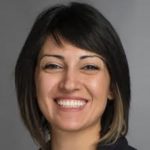