Fully 21% of Medicare beneficiaries have forgone needed medical care for something other than COVID-19 during the pandemic. Nearly half say they did not want to risk being at a medical facility, according to the Centers for Medicare & Medicaid Services.

Along with those who wished to avoid medical facilities, 35% said that they skipped needed care because they didn’t want to leave their residence. Seven percent said they lacked transportation.

Meanwhile, healthcare providers responded that the most common reason they rescheduled appointments was that their medical office was closed (38%). Among beneficiaries who have a usual provider, 60% reported that the provider currently conducts telephone or video appointments, and 57% said they were offered a telemedicine appointment to replace an in-person appointment during the pandemic.

The data come from a cross-sectional telephone survey of more than 11,000 Medicare beneficiaries administered June 10 to July 15. 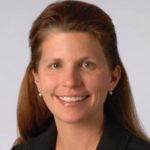