The order, issued Friday, directs the Department of Health and Human Services to consider issuing proposed rules that would allow over-the-counter sales of hearing aids, rather than through doctors or specialists only. The agency must act within 120 days.

Poor hearing has long been associated with physical and psychosocial health problems in older adults, including dementia. Biden’s executive order targets business practices that require people with hearing loss to visit a doctor or specialist for hearing aid access, “even though experts agree that medical evaluation is not necessary.”

“This requirement serves only as red tape and a barrier to more companies selling hearing aids,” the White House noted in a fact sheet summarizing the order. The four largest hearing aid manufacturers control 84% of the market at this time, it stated.

Although approximately 48 million Americans have hearing loss, only 14% use hearing aids, largely due to the cost, the White House reported. At $5,000 per pair on average, hearing aids often are not covered by health insurance. Congress passed a bipartisan proposal in 2017 that allowed over-the-counter sales of the devices, but no rules subsequently have been issued to put the action into effect, the White House stated.

The hearing aid initiative is one of 72 proposed in the executive order, which seeks to “reduce the trend of corporate consolidation, increase competition, and deliver concrete benefits to America’s consumers, workers, farmers, and small businesses,” the White House noted. 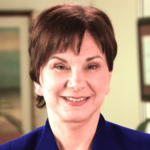