Nursing homes have made “substantial” progress in taking up the core elements of antibiotic stewardship proposed by the Centers of Disease Control and Prevention, according to a new analysis.

After controlling for facility characteristics, investigators found that more nursing homes were implementing all core elements of the program, a 28% increase from 2016. The greatest jumps were 19% in education, 18% in reporting antibiotic use and 15% in drug expertise.

Hours spent on infection prevention and control were indeed linked to stewardship implementation, added senior author Nimalie D. Stone, M.D., a CDC medical epidemiologist. Nursing homes that logged at least 20 hours of these activities each week were 14% more likely to take up all core elements, she and her colleagues reported. This result was controlled for facility ownership and affiliation.

The improvements found in drug expertise, education and antibiotic use reporting among nursing home care providers may be a result of increased stewardship awareness and resource use under new regulatory requirements, the authors wrote. 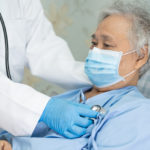