Clostridium difficile rates are dropping for the first time in a decade in healthcare settings, and it’s likely due to better cleaning and antibiotic prescribing policies, authorities say.

The rates for national healthcare incidence of the disease may be decreasing anywhere from 9% to 15%, a Centers for Disease Control and Prevention expert said Thursday in an NPR report.

The early results from the CDC’s Prevention’s Emerging Infections Program show prevalence steadily increased from 2000 to 2010 but decreased from 2011 to 2014, which is around the time antimicrobial stewardship programs were being introduced because of increased awareness of the disease. For example, the VA introduced their program in 2012.

The decreased rates may be credited to an increase in antimicrobial stewardship programs. The programs restrict unnecessary antibiotic prescriptions, in addition to implementing stricter cleaning and infection control protocols. C. diff does not respond to conventional cleaning methods.

“It was estimated that C. diff infection was the most commonly reported infection [acquired in healthcare settings] nationally,” said Alice Guh, M.D., medical officer at the CDC. “That generated a lot of awareness.”

In nursing homes, 20% to 50% of residents can be colonized with the disease at a time, medical experts note. 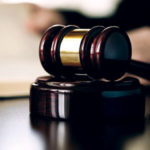 House-approved bill to limit malpractice awards will help LTC ‘when we need it the most,’ group says