Medicare Advantage’s aggressive market penetration represents a major threat to skilled nursing providers, some of whom now find themselves clearing less per resident day through MA plans than they do in state Medicaid programs.

A panel of nursing home and senior living executives Friday called for more oversight in the face of the continuing shift. They spoke during the 2021 Legislative and Regulatory Conference hosted by the National Association for the Support of Long Term Care.

“This transfer of risk from the government to Part C Medicare Advantage plans, while it appears to be great for the federal government, if they do not establish some standards, it is in my top three threats to our profession, specifically skilled post-acute, in our coming future,” Phil Fogg, Jr., CEO and president of Marquis Companies said during an hour-long webinar. “The inability to have negotiating power with these plans puts us as one of the two, maybe three, providers that actually get paid less than the Medicaid rate for Medicare Advantage days. It threatens (our) financial stability.”

The increased preference for MA coverage among beneficiaries has been eating away at skilled nursing’s bottom line for years now. But as the volume of MA patients increases — and carriers hold more sway — providers are looking to change the game or even get out of it.

In 2020, about 39% of all Medicare beneficiaries enrolled in Medicare Advantage plans, a 9% increase over 2019. The Congressional Budget Office has estimated that the MA share will hit 51% by 2030, just as the first waves of the silver tsunami come crashing ashore.

But some spots are already seeing a far higher share go to Medicare Advantage.

Fogg noted MA shares hit 63% in the Western U.S, where Marquis is based. In the case of one unnamed payer, Fogg said reimbursement rates became so problematic that Marquis stopped contracting with them, despite the census hit he knew would come.

“We had to just say, ‘We’re not doing that.’” Fogg said. “We weren’t going to be able to make up the losses on this payer with volume.”

National HealthCare Corporation operates 75 skilled nursing facilities in nine states and has an MA penetration rate of about 36.5%.

“I’ve not seen it be a positive to us at all,” said Stephen F. Flatt, the company’s CEO and inside director.

Flatt’s company pursued a growth strategy for 20 years, investing “hundreds of millions” to build new skilled nursing facilities with nearly all private rooms attracting enough Medicare, managed care and private pay business that they didn’t need to take Medicaid. But the rise of Medicaid Advantage helped undermine the model, with payments 12% to 25% below Medicare Part A levels.

“We shut that down,” Flatt said. “Our last one opened in 2017, and there are none on the drawing board, particularly until we can see where Medicare Advantage goes. I think I know where it’s going: It’s going to continue to increase penetration and ultimately, where we lie with PDPM.”

In half the states where National HealthCare operates, after netting out ancillary expenses from Medicare Advantage per diem, Medicaid is a better payer from a margin perspective, Flatt added. In the case of MA patients who can’t pay their co-pays, providers are left holding even more of the cost. Flatt has seen per-patient day MA payments come in at $180 in states where Medicaid pays $220 per patient day.

In addition to low rates, MA payers continue to push for even shorter lengths of stay and create excess paperwork with routine audits.

In its eastern Tennessee operations, which have a 52% MA penetration, National HealthCare facilities had 860 post-payment audits in a single year. Those resulted in an error rate of less than 8% with the insurer recouping about $60,000, Flatt said.

“Do you realize how much time it takes and what it costs to process those audits?” he asked. “And there’s no real appeals process because your appeal is to the insurance company as opposed to any type of third party who could be a fair arbiter.”

Flatt said the managed care system has long been touted as delivering benefits for high-quality providers, who would be offered the opportunity to get into narrow networks and take on more patient volume — with payments affected by quality outcomes.

But that is not how the MA situation has played out.

“In our nine states of SNF operations, I’ve not seen any of that,” he said. “We’ve been told blatantly by the MA companies, we don’t care what your star rating is, there’s really no interest in rehospitalization rates. It’s, ‘Here’s the rate. Here’s the patient. Take it, or we’ll find somebody else.’ ”

All three of Friday’s panelists have used Institutional Special Needs Plans to take back some control over reimbursement and improve patient care delivery.

Chris S. Wright, president and CEO of iCareHealth Network, with 12 facilities in Connecticut and Massachusetts, had been interviewing partners to create an iCare-led I-SNP when COVID-19 struck. The company ultimately decided to go with a plan managed by Optum, which also is an MA provider.

“Because Optum found out we were doing this, they came back to the table and negotiated a lot better rates for us, and so we capitalized on that as much as we could,” Wright said. “But we still want to evaluate doing one on our own. … You may not make a lot of money, but you’re in control.”

At National HealthCare, leaders are looking to build I-SNP volume. Their program, launched in 2017, has about 1,000 participants in two states, but Flatt is eager to add about 2,000 more in South Carolina.

Fogg said he initially created an I-SNP, in part, because Marquis was dealing with “a lot of dysfunction with 10 MA plans in our marketplaces with primary care services. They were bad, and they were negatively impacting our ability to get pay-for-performance results.”

Taking ownership “was the best thing we’ve ever done,” Fogg said, noting the model creates efficiencies and better clinical staffing with nurse practitioners and physicians on site. He agreed with Wright that I-SNPs won’t necessarily help skilled nursing churn in revenue, but they can lead to savings by impacting key levers.

In Oregon, a post-acute care network in which Marquis is a partner was able to negotiate some “economic and non-economic provisions” to improve MA relationships. Among them are a “Gold Card” option, which allows providers to get immediate pay when they submit claims. Audits are percentage-based and conducted just once a year.

“It has taken out so much cost and waste,” Fogg said. “I have some optimism.” 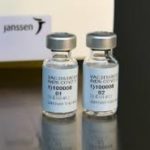