More than half of the world’s population of adults over the age of 65, around 300 million people, aren’t able to receive the critical long-term care they need, according to a new report from the International Labour Organization.

The report, released Monday, found a lack of social protection, ageism and a shortage of long-term care workers are reasons for the lack of care coverage. Experts with ILO also estimated only 5.6% of the world’s population lives in countries that provide universal LTC care coverage, with 48% living in a country without LTC legislation. An additional 46% are excluded by LTC legislation, if it exists, due to narrow regulations that reserve benefits for the extremely poor.

The LTC workforce is lacking 13.6 million formal workers globally, with the majority of the care burden falling on unpaid, informal family caregivers, according to the report. North and South America had the lowest deficit of formal LTC workers. 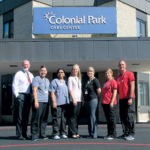