The new rule, as yet unpublished, will be “enforced in the same manner that is expected of all Medicare- and Medicaid-certified facilities with regard to compliance,” said Jean Moody-Williams, deputy director for CMS’ Center of Clinical Standards and Quality, during a call with providers Wednesday.

“We usually use a progressive pattern of enforcement and remedies, in which there’s notification. There could be civil monetary penalties, denial of payment, and ultimately, removal from Medicare/Medicaid programs,” Moody-Williams added. “Typically, that is not where we generally go first.”

CMS officials could only offer so much comment regarding the new mandate because federal law prohibits them from talking about pending regulations during the rulemaking process, explained Evan Shulman, CMS’ director for the Division of Nursing Homes.

Officials, however, wanted to help guide conversation and address some questions before publishing the staff mandate rule, a move that should happen in late September.

“It’s really important that we at least get on the phone with you all and start to engage with you and start to set the stage for further engagement in the subsequent weeks,” Shulman said.

The agency does believe the requirement will “level the playing field” among nursing homes.

“Because of the absence of a national standard (now), there could be inequities among nursing homes that [may] impact the level of care provided to residents,” Moody-Williams explained. “We think this levels the playing field. In some cases we’ve heard from providers that staff feel very safe in a nursing home or facility that does require vaccination.”

CMS and Centers for Disease Control and Prevention officials also discussed how providers should plan for third doses of COVID-19 vaccines, which are expected to be approved and distributed in the coming months.

They called on providers to begin arranging the logistics for additional shots now since long-term care facilities will have first access. Providers will be able to use their existing pharmacy partners to coordinate and administer the doses. 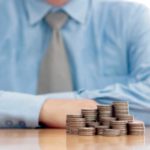