In state after state across the country, long-term care providers face a persistent challenge: Medicaid is the largest payer, pays at the lowest daily rate, and, in many states, takes the longest time to pay. To add insult to injury, a number of states have an astonishing backlog of Medicaid eligibility applications, thanks to an outdated, centralized, and even in 2018, still manual process.

For most businesses, a new customer coming through the doors is a good thing. For LTC providers, it’s complicated.

While costs to the facility are immediate, the below-cost payments for these services can lag for months, or even years behind. In an attempt to solve a mismatch of expenses and revenue, like many businesses, LTC facilities borrow money to ensure adequate cash flow. The slower the reimbursement is, the greater the borrowing costs.

Genesis Healthcare CEO George Hagar summed up the problem when he explained to The Philadelphia Inquirer that nursing homes lose money on 65 percent of those they serve.

As Medicaid’s share of resident days continues to grow, so does the industry’s challenge.

LTC providers can’t just throw up their hands and hope that states somehow solve this problem.  Instead, forward-thinking LTC operators are driving the solution.

Modernizing the eligibility process with FinTech and Analytics

Financial technology, or “FinTech,” companies such as Corelogic, Plaid, Yodlee, and Formfree are changing the way financial eligibility is determined with secure third-party data sources and modern technology infrastructure. Prefix Health is using this same approach to empower LTC providers to partner with states to improve the accuracy, speed and predictability of Medicaid eligibility determinations, benefiting providers and states alike.

Cindy Luxem, President/CEO of the Kansas Healthcare Association, always reminds us that we need to give providers more control because they have the most “skin in the game”.

Today, a provider assisting a resident to gain eligibility is dependent on the resident to gather critical documents such as tax returns and bank statements. This is a burden on both provider and resident.

Imagine instead a system built on data coming from trusted third parties. When the IRS provides tax returns or banks provide account statements through electronic channels, you can rely on those documents. This shifts the stance of state Medicaid programs from “don’t trust anything, verify everything” to “trust, with selective verification” – a huge time saver. Furthermore, retrieving data in this manner is much more secure for the resident than emailing and faxing banking and tax information.

There is another, even larger benefit to providers from a process supported by technology. With a manual system, LTC providers are stuck with eligibility information housed in random spreadsheets and sticky notes stuck to computer monitors. These data can’t be analyzed. You cannot ask a set of notes and spreadsheets to identify bottlenecks in the application creation process or how much financial exposure you have from delays.

LTC providers are turning to the Prefix Health Solution once they determine the electronic health record won’t cut it. EHRs are designed to track medical information, not Medicaid eligibility requirements, and they don’t provide analytics that are relevant to tracking and understanding an operator’s risk from delays.

LTC facilities need total visibility on all the factors that play a role in qualifying residents for Medicaid. They need cases that have gone longer than three months without a decision red-flagged for additional attention. They need a system that can identify the characteristics of applications that drive delays, so management can proactively address these issues.

Leaders of LTC facilities need these analytics to build a risk profile for their facility’s overall portfolio of Medicaid eligibility cases. Armed with this information, CFOs and other leaders can ensure the facility is on track for meeting its financial goals.

What it Means for States

The advantages of a tech-supported, paperless system that maximizes speed of submission are significant for LTC providers, but are only half the story. States can fundamentally change their process and lower costs.

By adopting the tools of the loan origination world, state governments can let software do the majority of the work in reviewing an application, highlighting incomplete applications and potential eligibility issues. States can rank applications by risk, instead of reviewing from scratch each time. States will be able to receive credit and financial statements electronically and catalog that information along with explanations or other notes about transactions from providers and residents.

With the Prefix system, states can take advantage of the rapid credit-decision tools devised by FinTech companies to set up a “fast lane” – any facility that does the work to meet the fast-lane requirements will build a better application and knows it will get a decision, and a payment, fast.

Fred Benjamin, a Prefix advisor and industry veteran, sees this as a paradigm shift for LTC providers and a mechanism to achieve efficiencies, increase accuracy, speedup the billing process and appropriately maximize Medicaid reimbursement.

The Case for Change is Clear

Given that skilled-nursing facilities already typically lose money on every Medicaid resident because of below-cost rates, providers cannot wait for months getting Medicaid applications in for review and approval. Low Medicaid reimbursement is bad enough, the cost of application should be minimized and the speed of reimbursement maximized. We believe technology can move the dial, both for providers and for states buckling under burgeoning Medicaid budgets.

The consequences of the Medicaid headwinds are far-reaching: maintaining and enhancing quality of care is more difficult, and a growing number of facilities are being forced to close down altogether. These financial realities are leading many real estate investment trusts (REITs) to divest from skilled-nursing facilities, just when the industry needs more investment in long-term care as the over-65 population is projected to double over the next 15 years.

If providers and states can work together on a Medicaid eligibility process that draws on the best of the FinTech world, we will be on the road to assuring a stable, financially secure long-term care industry that can meet the challenges of an aging population.

Steve Grant is the president of Prefix Health. 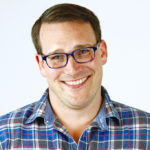