“Will your app deliver subliminal messages to my residents?”

I did not overhear that question yesterday while I wandered the expo hall at the annual LeadingAge conference here in Nashville. But perhaps I will next year. That’s because positive subliminal messages about aging can improve seniors’ physical and psychological well-being for weeks, according to a study led by Yale School of Public Health investigators.

The study involved 100 older adults in Connecticut, some of whom looked at a computer screen flashing words like “spry” and “creative” at speeds that were too fast to be consciously registered. Compared to a control group, these seniors had improved balance and other physical functions for weeks afterward, as well as more positive self-perceptions, the investigators determined.

“The challenge we had in this study was to enable the participants to overcome the negative age stereotypes which they acquire from society, as in everyday conversations and television comedies,” stated lead researcher Becca Levy, Ph.D., director of the Social and Behavioral Science Division at the Yale School of Public Health.

The study results would get my attention under any circumstances (what journalist wouldn’t jump at the chance to put the phrase “subliminal messages” in a headline?), but they had special resonance for me yesterday, after hearing General Session keynote speaker Ellen Langer, Ph.D.

A social psychologist at Harvard University, Langer is a pioneer in the study of “mindfulness.” One of her main ideas: We tend to think of the mind and body as separate, but really they are unified. It follows that our thinking and our physical functioning are highly interrelated, to the point that we can improve our physical performance by changing the way we think.

One clear example is the traditional eye chart. It begins with large letters at the top and then they get smaller toward the bottom. We think that it will become progressively harder to see the letters, and as a result our vision deteriorates as we move down the chart. When the chart was flipped so that the smaller letters were at the top, people actually deciphered letters that they couldn’t read when the chart was the other way around, Langer said.

This example makes sense to me, but I found myself slightly resistant to Langer’s larger message. Despite her credentials — she in fact was the first tenured female professor in the Harvard Psychology Department — there is something a bit New Age about the language of mindfulness that made it hard for me to swallow. And no doubt I’m just too intellectually timid to embrace her theories about how we can think our way to better physical wellness, because they seem a bit outlandish. (She knows this: She quoted Arthur Schopenhauer’s dictum that truth starts out ridiculed before being embraced as self-evident.)

Then I left the session and read about the subliminal messages study. I guess that shows how the mind and body are connected, I thought. The researchers actually determined there’s a “cascade” effect, in which the seniors’ exposure to positive aging messages first strengthens their self-esteem, then the improvements in physical function occur.

And then I read about a different study, which identified a molecular process that might explain why psychological stress is related to diseases associated with aging. Again, a mind-body connection. And this is another one of Langer’s major ideas — that our response to stress is a huge underlying factor in the development of basically every disease.

It didn’t stop there. Have you heard that antipsychotic medications might become a thing of the past? This is because major psychiatry organizations around the world are recommending name changes for the medications used to treat mental disorders. The reason? Back to the mind-body connection:

“In psychiatry, drug names can cause more problems than they solve; for example, a patient may be being treated for anxiety, and yet may be prescribed an ‘antidepressant’ or an ‘antipsychotic,’ and the stigma of being prescribed an antipsychotic can make the patient even more anxious,” according to a press release from the European College of Neuropsychopharmacology.

In the new system, a drug would be named for its “pharmacological target,” such as serotonin or dopamine.

At this point, I thought the universe might be trying to convince me that Dr. Langer is right. Or perhaps her speech had simply made me more “mindful” of the proof that is constantly out there, that the mind and body are one.

In any case, I think this is a surefire winner: an app that lets nursing home residents look at photos of loved ones while it delivers positive subliminal messages about aging. So all you HackFest participants with the tech know-how (and investors with the greenbacks), let’s get the ball rolling. You can reach me at the Twitter handle below. 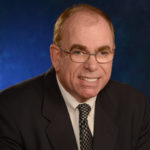 In long-term care, success can be bad for business