There was plenty of agreement Tuesday at a Senate hearing that discussed the gargantuan backlog of Medicare appeals choking the provider payment system. It’s a bad, bad thing. Very bad.

More than a half million appeals are not moving through the system, causing disruptions for beneficiaries and providers alike.

The solution, according to Recovery Audit Contractors — which are rewarded incrementally for uncovering the incorrect payments so voluminously being challenged — lies in making providers put their money where there mouth is. RAC advocates say they’re fully behind an administration proposal to make appellants pay an appeal filing fee. “Putting some skin in the game” is how one RAC spokeswoman put it.

The proposal is nothing new, but it gained new legs Tuesday at the Senate Committee on Finance hearing looking into Medicare audits and appeals.

One of the key witnesses was Nancy J. Griswold, chief administrative law judge for the Office of Medicare Hearings and Appeals. She outlined a multipronged plan to lower the current adjudication time frame for a Medicare appeal from its current incredible 572 days. It includes channeling only the most complex appeals all the way up to administrative law judges (ALJs); requesting new funding to more than double the number of ALJ teams and other decision-making personnel; and getting lawmakers to pass measures to allow the imposition of fees and give new authority to stem the tidal wave of appeals.

It’s that last one that providers especially want to keep an eye on. Fees is a polite way of saying someone wants to charge you if you want to complain about findings not in your favor. It’s all part of the president’s previously issued 2016 budget proposal.

Judge Griswold testified that the new filing fees would bring in an estimated $5 million per year. That would pay for less than 3% of the increase in spending the president has requested for OMHA activities. Another $125 million of the increase would come from RAC discoveries, and the other $140 million from OMHA’s discretionary appropriation.

Keep in mind, it’s just part of a budget, and they are not prone to passing fully intact. But since some parts do, there is anxiety in many healthcare sectors. Providers, suppliers and Medicaid state agencies all would be subject to the refundable filing fee. It’s refundable if the defendant is fully exonerated, according to Griswold’s testimony.

The culprits are a subset of providers themselves, asserts the Council for Medicare Integrity, the controversial advocacy group for Recovery Audit Contractors. It emphasized the fact that Griswold says 51% of all appeals are submitted by just five appellants.

“The increase in the number of appeals filed over the past few years can be attributed directly to a subset of providers that appeal every decision — called ‘frequent filers’ by the OIG [Office of Inspector General],” said Kristin Walter, a spokeswoman for CMI.

“In other words, a small number are flooding the system,” Walter told me after the hearing. “My best guess is it’s probably some companies representing groups of providers, and they may be grouping all the appeals under one company as such.”

Ranking Finance Committee Member Sen. Ron Wyden (D-OR) said regulators should “really laser in in terms of tracking those people, monitoring those people, watch-dogging that population.” He added — in a way that was not praising creativity —that a small group of appellants has “figured out a way to really hotwire the system.”

Walter said it seems to be what “everyone” is talking about. Or at least those being criticized for the back-up in appeals adjudication. She said a “misperception” exists that RACs are responsible for the backlog, presumably because they’re too aggressive in their methods of investigating providers. The data doesn’t support that assertion, she said, citing statistics showing that just 2.3% and 10.6% of claims against RACs even made it to the ALJ level in 2012 and 2013, respectively.

She said she did not know who the five providers allegedly “flooding the system” were. Griswold didn’t specify at the hearing, either.

“There are so many people doing the right thing, billing appropriately and filing appeals appropriately. It seems like a small batch are really ruining the process for others who may need it,” Walter asserted.

She talked like someone holding a smoking gun, or someone with her back up against the wall. Or both. RACs have come under heavy criticism from providers. Hospital groups, for example, have called for an overhaul of the RAC system, rather than tweaking and tossing more money at it.

The good news, Walter told me, is that there is “a lot of activity going on to address this problem — and that’s good for all stakeholders involved.”

Some more than others, one suspects. 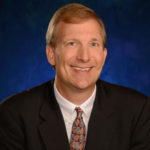