Even before the fall convention season started, providers could be pretty sure about what grand messages they were going to hear from the big guys: Work hard, produce good records, make better networking connections. But that wasn’t all.

Some other themes kept popping up, and providers would do well to take notice.

For starters, while it is true positive strides have been made toward improving quality and coping with regulatory pressures, now is not the time to back off the gas.

Mark Parkinson, the leader of the American Health Care Association, noted as much after praising members for work well done over the past few years. With the perspicacity that only a seasoned long-term care pro could muster, he also reminded that the people who were lurking in the shadows waiting for something to go wrong a few years ago are still waiting — with baited breath.

The message? Don’t rest on your laurels.

It seems to be an appropriate near-paranoid position to take.

That’s because later that same week, long-term care investors opened up about what they’re looking for in provider partners, as well as how they see the marketplace evolving. Time and time again at the national conference for the National Investment Center for the Seniors Housing and Care Industry, it was predicted that consolidation is coming. Weaker operators need not apply.

That’s regardless of what happens with Congress, budget battles or healthcare reform. Providers are going to have to show they are investing in their properties, and they must be able to demonstrate value.

“The good providers are figuring out what they need to do,” noted lmran Javaid, a managing director for lender Capital One.

“We knew quality was important, by not very scientific means,” he explained. “It was a gut feeling. Were the residents happy? Now, we’re asking what their readmission rate is. And we know nobody likes the star-ratings, but we look at them.”

Lenders want to know more things about you, more than ever. For example, they want to know: What type of deficiency is being cited? How will it (they?!) be corrected? Before, Javaid noted, there might have been just a box on the form asking to self-check if you were a Special Focus Facility (on an extreme government watch list).

The bar has risen, and there are more people watching than ever before. Those who aren’t paying attention are liable to bump their heads on that bar — or worse. 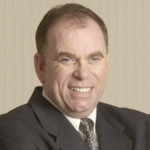 Bizarre decision shows that when it comes to 3-day stay rule, there ought to be a law