Is it the docs' turn to get stoned? - McKnight's Long Term Care News

The Centers for Medicare & Medicaid Services brought out its equivalent of a brass band and confetti machine Tuesday to tout a new provider payment strategy. One could almost hear strains of “Happy Days Are Here Again” in the background.

The last time the administration did something this “nice” for a provider group, let’s just say it didn’t go so well for the supposedly benefiting group.

You remember: It was skilled nursing providers. The mainstream media painted them almost as if they were the administration’s favorite golfing partner. You know, the guy who’s given a wink and a nod and a “Now don’t do that anymore” giggle.

On Christmas Eve last year, the New York Times decided to make a trend story out of two disparate points: a delay of penalty enforcement for Phase 2 of the Requirements of Participation and a much earlier elimination of a provision that outlawed arbitration clauses in nursing home admission agreements.

For better or worse, when the NYT talks, others mimic. The result was a mob-rule reaction. Newspapers and news broadcasters repeated and built on the NYT’s premise for days and weeks afterward.

In Tuesday’s announcement, Verma is following through on a pledge made earlier this year to lighten regulatory burdens on providers. (On Tuesday, she also mentioned that the fiscal year 2019 proposed IPPS/LTCH PPS rule would eliminate 25 measures and well over 2 million “burden” hours for acute-care providers.)

Long-term care isn’t included in any of that — its leaders aren’t even sure what to make of Tuesday’s hoopla at this point — but that’s not necessarily a bad thing.

Mighty AARP has already come out against the proposal, which will see public comments gathered on it for the next month. More heat is sure to follow, especially with AARP worrying aloud that the proposal could lead to doctors cherry-picking patients.

Proof of that, however, would be a long ways off, so if the docs are going to be lined up for a stoning, they’ll at least have plenty of time to prepare for it. They and their high-powered lobbyists presumably will be ready to patch up their own image with more than just gauze and bandages. 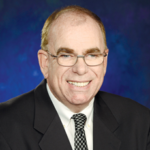 What should long-term care make of these scathing reviews?