Skilled nursing facility leaders could be forgiven for breathing a sigh of relief now that the formal transition to the Patient-Driven Payment Model is behind them. Preparing for the biggest overhaul in Medicare reimbursements in two decades has been a challenging and stressful experience for the industry, where many facilities already operate on thin profit margins.

A lot of facilities have worked hard to implement new software and workflows.

They’d be forgiven for thinking their work is over. Yet it’s not.

The difficult news is that, for many facilities, the really hard work needed to integrate PDPM’s care-management approach into their business is only just beginning. We just spent a year advising facilities on the transition, and much of their focus has been on getting the basics right.

There’s a lack of urgency that’s worrisome for an industry that often struggles to stay above water.

If that preparation so far has mostly been focused on doing the bare minimum to survive the transition, those same facilities are likely failing to acknowledge some vital changes that need to be made in order to thrive in the radically different PDPM world. Under the old RUG-IV system, where reimbursement was based on therapy hours provided to patients, a lot of facilities lapsed into a comfortable “cruise control” mode where they became adept at maximizing revenues regardless of patient needs.

But staying on cruise control risks leading to big losses in the more complex PDPM environment.

Our analysis at Plante Moran found that, largely because of an increase in necessary data points that may go uncaptured, a 100-bed skilled nursing facility stands to lose $28 per patient daily. Assuming 80% occupancy and 15% Medicare volume, that translates into a revenue reduction of $122,000 per year, which is just a fraction of the loss facing larger facilities.

PDPM demands much more than a few tweaks to business as usual. In order to avoid a major downturn in revenues and succeed under the care-driven model, facilities need to fundamentally change their mindset and challenge their assumptions about a whole range of elements, including staffing, care provision, marketing and the use of data.

Now that reimbursement is based on holistic care management rather than therapy hours, facilities need to think much harder about the optimal patient mix to deliver profitability and good health outcomes. That will likely require a different marketing approach, and for some facilities it might lead to specialization in certain types of patients and care.

Perhaps the biggest single pain point for facilities is adapting to an explosion in the number of assessment items for patients and tying those into revenue streams. PDPM requires staff to evaluate about 150 data points for patient conditions, up from 20-30 under the old system, underlining a big jump in the complexity of care provision and reimbursement streams.

This makes it vital for facilities to implement accurate ICD-10 coding and co-morbidity assessments, with the necessary documentation to back them up. The days of not documenting common comorbidities — such as cardiac dysfunction, pulmonary issues, diabetes, stroke, cognitive and behavioral changes — are long gone, at least for those facilities that want to get their piece of the pie under PDPM.

At Plante Moran, we estimate that coding accurately and capturing the most commonly missed comorbidities can have a $50,300 annual revenue impact (assuming an average of 5,500 Medicare Part A days per year).

This change of focus greatly increases the importance of the Minimum Data Set coordinator on the interdisciplinary team. Now, the MDS coordinator doesn’t just need to ensure the accuracy of data collection and coding; they also need to understand the data and how it translates into a care pathway.

The person in this role will also need to take on leadership responsibilities that under the old system have traditionally been performed by the director of rehab services. For facilities, this means assessing the skill-set of their MDS coordinators and working on their development where needed.

If the curse of PDPM is its complexity, its blessing is that it finally aligns reimbursements with the changing clinical reality at skilled nursing homes.

Clinical advances mean that the patients who have undergone surgeries such as hip replacements often go straight home from the hospital without landing in a nursing facility as they used to. That leaves facilities dealing with a rising share of patients who present various comorbidities and chronic conditions. Now that these conditions have to be documented under PDPM, facilities can take a more disciplined and efficient approach to their staffing rather than throwing resources at the problem in an ad-hoc way.

In this way, PDPM holds the promise of better patient outcomes, more satisfied staff and a healthier bottom line. So long as the complexities can be overcome. 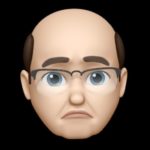