I’ll be honest, it’s challenging to buckle down and focus on long-term care issues after everything that happened over the past 24 hours. As noted political pundit Paul McCartney wrote about our nation’s problems, “now it looks as though they’re here to stay.” But personally, I don’t want to believe in yesterday.

I’m a photographer at heart, and perhaps I’m using the wrong lens — a wide angle that sees too much right now. So maybe this is a good time to temporarily zoom past all the carnage in Washington, D.C., and focus on something undeniably positive that’s happening in our own profession. I’m talking about the vaccinations, and specifically our courageous employees.

Though the percentage of our staff willing to get the vaccine still lags far behind residents, many are pushing their fears aside and stepping forward with their sleeves rolled up. Over the past several weeks, I’ve had the opportunity to talk to quite a few of them (while masked and socially distanced, of course.) Some had no concerns and got vaccinated without a second thought, whistling all the way to the needle. But others talked about how they had to hurdle deep reservations and anxieties to reach the decision.

A rehab therapist told me he had wanted to wait to get his shot until the first round was complete, just to see how people were faring. But after giving it more consideration, he knew he had to do it now. “I was a little anxious about it,” he said. “But being a frontliner, I needed to be vaccinated to protect my patients and other residents.”

He wasn’t alone. I talked to many who had significant concerns. What the heck is mRNA? How can the vaccines be safe when they were developed so fast? What if it changes my DNA? What about the politics? What if I get COVID from the shot? It’s hard to blame them — society has never attempted a vaccination campaign on this scale, and misinformation has been running amok. They’re not entirely comfortable being what can seem like human guinea pigs, but what heartens me most is how they’re seeing the bigger picture.

As they choose to accept the vaccine despite these misgivings, they’re not focusing much on whether their arm will hurt, or if they might be tired for a day or two. They’re looking forward to a world where families are reunited with residents, where dining rooms are open and group activities are possible, where layers of PPE don’t stifle clear communication and undermine compassionate connection.

In person after person I’ve talked to, their reasons are shockingly unselfish. I don’t think I’ve heard a single person list “because I don’t want to get COVID-19” as their primary motivation. They’re focused on the safety of their residents, families and communities. I’m not saying they aren’t delighted to be protected themselves, but it isn’t top of mind.

So against a national backdrop of division and uncertainty, let’s zoom in for a few calming moments and applaud those long-term care staff who have stepped up to be vaccinated. Over the past year, they’ve suffered and sacrificed so much, and will almost certainly still continue to do so for the next few months. But they know the vaccines finally represent hope, a light at the end of this dark tunnel, a huge step on the road to recovery. And they’re certainly not giving up the battle now, after they’ve come so far.

That’s true nobility of purpose, and on a day like today, after a day like yesterday, it’s a beautiful thing to celebrate. 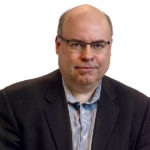