As April is Sexual Assault Awareness Month, this is a time to raise awareness and educate the public about the prevention of sexual violence in our industry.

Almost every day, the news headlines reveal another story of women and men who have been sexually harassed or assaulted by people in trusted positions of care or authority. Thousands of victims have turned to social media to share the stories of their ordeals under the #MeToo movement. Their stories are part confessions of closely held secrets and part calls for change.

When the unthinkable happens at a long-term care facility, who speaks out for the generation that #MeToo missed? Who can remove the stigma that sexual abuse is never to be discussed? Nursing home workers are the first line of defense and response for their residents. Therefore, they are responsible for speaking up when residents are abused.

Unfortunately, sexual abuse is understudied as well as underreported. Elderly or cognitively-impaired victims often have medical problems that result in difficulties communicating, confusion or memory loss — all of which interfere with the ability for them to report harassment or abuse. Sometimes, simply not being believed or fear of not being taken seriously can prevent reporting. A resident’s claims may also be dismissed as the effects of medications or dementia or an attempt to gain attention. However, caregivers often spend more time with a resident than their closest relatives and their vigilance can make a difference. They can be the first to notice changes in their residents that could indicate abuse has occurred. Without fear of retaliation, it’s important that all staff know what to look for and how to report when a resident has been possibly abused.

Signs of possible sexual abuse include, but are not limited to:

Passed in 2010, the Elder Justice Act is the first comprehensive legislation to address the abuse, neglect and exploitation of older adults at the federal level. The Elder Justice Act applies to long-term care facilities receiving at least $10,000 in federal funds. Under the act, owners, operators, employees, managers, agents or contractors of such facilities (covered individuals) must report any reasonable suspicion of a crime against a resident or anyone receiving care from the facility.

It’s not just up to a supervisor or the facility administrator to report the suspected crime, but anyone who knows of possible abuse. If a covered individual fails to report, that individual can be subject to a penalty of up to $200,000. That penalty rises to $300,000 if the failure to report increased the harm to the victim or resulted in harm to another victim.

If abuse of any kind is suspected, the Elder Justice Act requires that it is reported to the Survey Agency and one or more law enforcement entities for the political subdivision in which the facility is located within 24 hours. If the suspected abuse has resulted in serious bodily injury such as extreme pain or an injury causing medical intervention, it must be reported within two hours after abuse is suspected.

Residents have the right to be free from abuse, including sexual abuse. In addition to vigilance, some steps can help reduce risk of abuse.

Showing care and compassion for our most vulnerable seniors is more than ensuring their medical needs are met. Beyond being required to report, sometimes, residents need their caregivers to be a voice and watchful eye. Sometimes, in the worst of scenarios, they just need a person willing to believe them.

Teri R. Sumbry is the communications and public relations specialist for The Compliance Store. 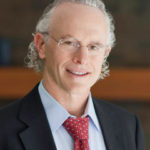 Preparing for the PDPM wave