When a parent passes, people naturally look for their traits within their children. The other day the comment was made to me that I had the same grit as my father. My father was an amazing man, and grit was a descriptor I would use for him.

Yet, I associated grit with pure stubbornness. No one was going to tell my father, “You cannot do that.” He would get a look in his eye, lift his chin and set course to show them it can be done.

In the quiet of the night, I reflected on the word “grit. A word that in my experience is used more so within my father’s generation than mine. My friend Webster states that grit can be a small loose particle of stone or sand, or courage and resolve, strength of character.

In Margaret M. Perlis’s article, “5 Characteristics of Grit – How Many Do You Have?” She explores what defines a person with grit.” She outlines the following five:

Perlis states that a key component of grit is resilience, and resilience is the powering mechanism that draws your head up, moves you forward and helps you persevere despite whatever obstacles you face along the way.  Angela Duckworth wrote the book, “Grit: The Power of Passion and Perseverance.” In her book she expands on the idea that grit is passion and sustained persistence applied toward long-term achievement, with no particular concern for rewards or recognition along the way.

In essence, both Perlis and Duckworth are saying that grit is moving forward meeting whatever is thrown at you with courage, clarity of vision and the ability to rise and meet each day with determination and optimism.

Mary Anne Radmacher’s quote says it all: “Courage doesn’t always roar. Sometimes, it’s the quiet voice at the end of the day that says, ‘I will try again tomorrow.’”

Grit is waking up and showing up. I end this, with a letter to you, the reader.

You have grit! Keep showing up. Keep trying. Wear your true grit as your Purple Heart of leadership. Keep that look in your eye, lift your chin high and show what can be done. 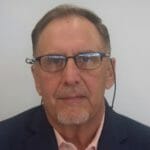